¿Me has echado de menos?


You're probably wondering what the title of this post means since you're not fluent in Spanish like I am. It means, "did you miss me?" I shouldn't have even put it in question format though because I know if you're reading this then you definitely missed me... and my blog humor. ;) Also, that first sentence was definitely sarcasm. I'm nowhere near fluent in Spanish and I just asked a friend to translate that for me... however, you will see in this blog post that I am making much improvement!

Also, I probably should just become a professional blogger since some people seem to have been contemplating whether life was really worth living without my frequent blog posts. I do not disappoint, so here goes.

I've been in Spain for (almost) a month now and I'm almost positive that it's been the best (almost) month of my life. If you read my last post, you probably know that I had a rough time with the beginning of school. I'm pretty much getting used to everything and all of the differences and whatnot so school is no longer something to dread. I actually have friends, and I'm becoming less hesitant to speak Spanish with them so communication is much easier. I even went shopping with some one of them, that's bonding right there. You guys should be proud of me.

As usual, I have quite a funny story to tell. I took a spelling test in Catalan class today. The difference between this spelling test and an English spelling test is that there was no vocabulary list. The teacher reads sentences and you write down exactly what she says. I did as I was told. I wrote down everything exactly as I heard it and here is the product of my test... (I recommend reading these out loud so that you can really experience what I think I'm learning on a daily basis...also I would have definitely passed it if it was graded phonetically!)

What the sentence actually was: Si vénan a la casa, s'estaran en habitacions contigües, és a dir, veïnes.
What I wrote: Sippen a la casa coma sestaran anaritasions totiquas coma vienas.
(This one my class found particularly funny, because when I heard "coma" I wrote "coma" but the teacher actually meant to write a comma like the apostrophe mark...)

So yeah I might still be struggling with Catalan a bit. I really hope you can appreciate the hilariousness of this situation though. I have been exempted from several tests due to my lack of knowledge of any of the questions on my paper (except my name, I can usually get that one if I'm not too stressed out that day) so after the class handed in these tests, they passed mine around and got a good laugh. I have to say this was one of the funniest things I have ever experienced. The ability to laugh at yourself is truly a wonderful thing. And whether my classmates were laughing with me or at me is irrelevant. (Although I do think they were laughing with me... because I was laughing... and they were also laughing so by definition that's what went down...) It was the best period of Catalan I have ever had.

School is still extremely difficult. I sit in my classes not understanding anything that the teachers are saying and it's ridiculously difficult to keep focused (and sometimes to stay awake). I find my mind wandering constantly and uncontrollably. You'd be surprised how much time life presents you for thinking as an exchange student. I think about everything, things that normal people wouldn't ever think to think about. (This paragraph's starting to sound really poetic like Dr. Seuss and I'm totally okay with that.) This isn't necessarily a bad thing. Hopefully my attention span will gradually increase as I grasp the languages.

Interesting fact: There is a German exchange student living in my house right now! Her name is Hanna and she will be here for ten days. Her Spanish is really good, much better than mine. Luckily she inspires me to do better and speak more... This point also reminds me of how generous of a host family I have. Two exchange students in one house?! I've been hearing about other AFS's problems with their host families that luckily, I do not relate to. I met with my liaison, Iciar, at Starbucks this week. She asked me about my problems and concerns regarding my family and I couldn't think of a single one. It helps so much to have such an accepting and patient living environment.

I think it's necessary to blog about "homeboy americano" that I posted a picture of on FaceBook recently. I MET AN AMERICAN IN SPAIN. Not that's anything really crazy, but if you were in my situation a week ago, lonely at school with everything going on around you in a language that you cannot understand, you'd be as grateful as I am. He's living here for a year, just like me. It's ridiculous how much we have in common. Miquel is the male version of myself, except maybe not as funny. We've been put in a "special class" together on Mondays where it's just the two of us and a professor named Oscar who helps us with our Catalan. The weird this about this is that Miquel speaks fluently and I barely know how to count to ten. Oh well, it's a nice relief from the rest of the classes, which get overwhelming at times. We've known each other for a week and he's already my best friend here. It seems that life will present me a small problem, and several days later comes a solution. In this case my problem was loneliness, and a friend was the solution. (Why am I so corny tonight?) Really though, it's wonderful to have a friend in a similar situation to guide you through the emotional burdens, particularly homesickness. It gets tough, really tough, and it's hard to be alone. One of the most important things I've learned here... Problem: homesickness. Solution: a Skype session with homeboy americano and life is good once again. 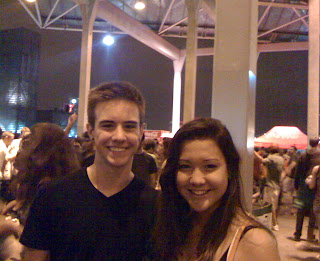 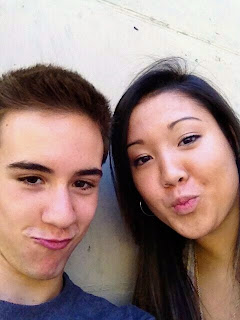 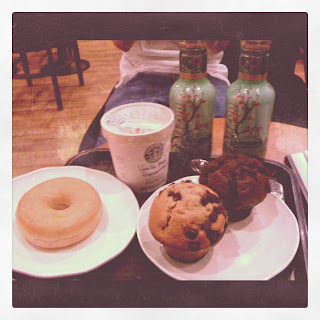 I think I'm going to close this post with something cheesy. Don't worry I promise not to do this often... But it seems necessary considering my mood is pretty serious right now. (When I say serious I don't really mean serious because I can't be taken seriously in my bike week t-shirt and Spongebob Squarepants boxers that I currently have on.) ANYWAY. Today is October 1st. That means I'm already about 10% finished with my exchange. I realize the remaining 90% is a lot, and I do intend to make the best of it, but it's really crazy how much time flies. In 9 days I'm turning sixteen. I'm starting to understand why adults constantly insisted that I didn't rush to grow up and I that I should enjoy my childhood. And believe me, I couldn't be happier to be turning sixteen. (For those of you who know about my number issues, you'll know that I'm ecstatic to be leaving the odd year of 15 and entering an age of an even number once again...)  Adults tend to forget how difficult the teenage years are. Teenagers are filled with emotions and unpredictable behaviors, desires and disasters beyond our control. As an exchange student, these are practically doubled with the added amount of change and stress. I've experienced every existing emotion, sometimes all within a matter of minutes. I would like to replace the term "emotional roller coaster" and start using "temperamental, bipolar squirrel." It seems more accurate to describe the feelings that can overcome me at times. Before I left, a friend asked me why I was leaving. I gave him the general answer that I would give everyone... "to learn new languages, to experience new cultures, to live a different life..." but that answer wasn't enough for him. Those reasons didn't make sense to him. He didn't know why I would want to spend a year in another country with a different family and a life away from the one I was living. It frustrated me that my answers weren't good enough for him. I was legitimately angry that he didn't accept my reasons as good enough. I thought about it every night before I left. I knew the reason I was mad was because he was right. I didn't know why I wanted to do this. I didn't have specific expectations or an explanation to why I wanted to leave home. I didn't know how it would affect my life or why it was a good option for me. However, I realize now how completely okay that is. As cheesy as it sounds, my heart, my soul, my gut, every other sensible part of my being knew that this was the right thing for me. There was never a doubt in my mind that I wanted to go. Honestly, I'm still not sure what I'm hoping to achieve here. Even if it takes me until the plane ride home to figure it out, I know I won't be disappointed in who I've become and in the the things that I've learned. My father once wrote something to me in a letter that seems applicable to my current situation.


"Learn to think for yourself. Question your mother, me, your teachers, the rules of society, not in a rebellious way, but in a constructive way. Be a free thinker but honor the time proven wisdom of what has worked well. Just know that there's room for improvement always. Remember we all make mistakes, we're only human, so learn to forgive. Forgive others and also forgive yourself if you make a mistake. Enjoy your life, be happy and prosper. Love yourself and others. Don't give up when obstacles come your way."

I'll be living by those words for the next 9 months. I've been here for a month and every day I feel myself mature in ways I didn't know were possible. Though these changes may only be visible to me, they're unbelievable. I'm learning to accept constructive criticism. I'm so open minded about everything; food, culture, academics. I'm so insistent to ask questions. I want to know everything. I want to experience everything. I still can't believe this is happening to me...

Okay just kidding I'm not ending this on a sappy note. Here's something better... Instagramed pictures of food!!!! 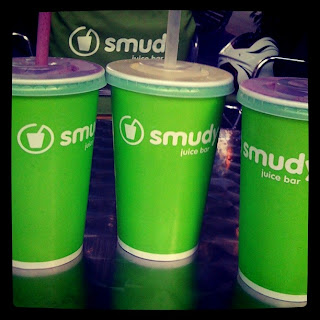 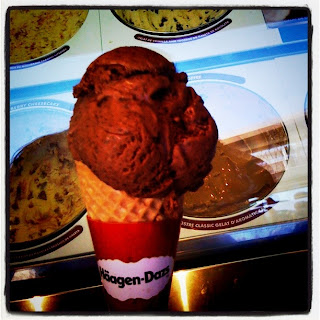 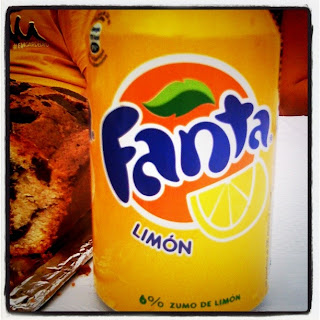 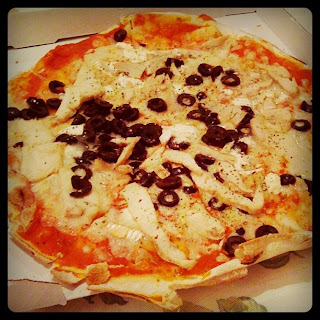